4 Reasons You Should Still Choose Ruby on Rails

Yet as Mark Twain famously said, “The reports of my death are greatly exaggerated.” I’m not sure why, but as technologists we have this morbid fascination with watching frameworks die. I’ve been programming since 2000. Since then, I’ve been told several frameworks were “the one way” and that all others will fall by the wayside.

First it was Visual Basic 6, then it was .NET, followed by PHP, Ruby on Rails, Ember, Angular, React. Trust me, tomorrow it will be something else. I used to chase whatever the latest and greatest thing was… just like the snake chasing a pixelated dot on a Nokia 3310. (hashtag nostalgia, amiright?!)

When the time is right, I do reach for new tools. But if this industry has taught me anything, it’s to quit asking the question, “Which framework is the best?” Why? Because the best framework is the one that works well for you in the present and will grow with you in the future.

I preface that to say: don’t dismiss a framework (or anything for that matter) because it was born in another era. Good things stick around and grow better with time. Listen to Leonard Cohen or the Beatles for proof. People have been calling for Ruby on Rails’s demise for years, but it stubbornly refuses not only to die, but to remain stagnant.

Whether you’re deciding if you should use it to develop your new application, continue to use it for a legacy product, or begin learning it as a developer, here are four good reasons you should choose Ruby on Rails.

Personally, I’ve been working with Rails since 2009, and in 2020 I can still safely say that I plan to keep using it and learning more about it for the foreseeable future.

#1 Reason to Choose Ruby on Rails: The Maturity

Ruby on Rails has been around since 2005. That’s an eternity for developers!

The average age of a software developer is only a little over 30. That means this tool has had half the life of many developers to reach maturity.

Time has a funny way of paving over old mistakes and wounds. Ask the couple who’s been together for 50 years. They don’t always get along, but they’ve learned to live and love together. Rails is, to a MUCH lesser significant extent, that way. It’s been battle-tested, put through the wringer, tried by fire, whatever you want to call it. It’s a safe choice, but as my next point demonstrates, it’s not just a safe choice.

#2 Reason to Choose Ruby on Rails: The Simplicity

Part of the reason Rails has been so successful is that it was and is built out of a real use case: Basecamp. That means it’s designed to build web software that actual businesses can use.

With that comes not just a language and a set of frameworks, but a philosophy: simple is better.

It turns out, we’ve vastly over-complicated a lot of web software. We hide it under layers of micro-services, boilerplate code, complicated design patterns, and a patchwork of tools and diverse file system schemes. These things make it very difficult to just jump into a project and know the structure, deployment strategy, process for adding extensions or writing new code.

With Rails, if you’re willing to invest about a month or two learning how it works, you’ll find yourself spending far less of your time in the future trying to juggle technical complexity and far more time actually building out your business logic. After all, that’s the real measure of what we do as developers. 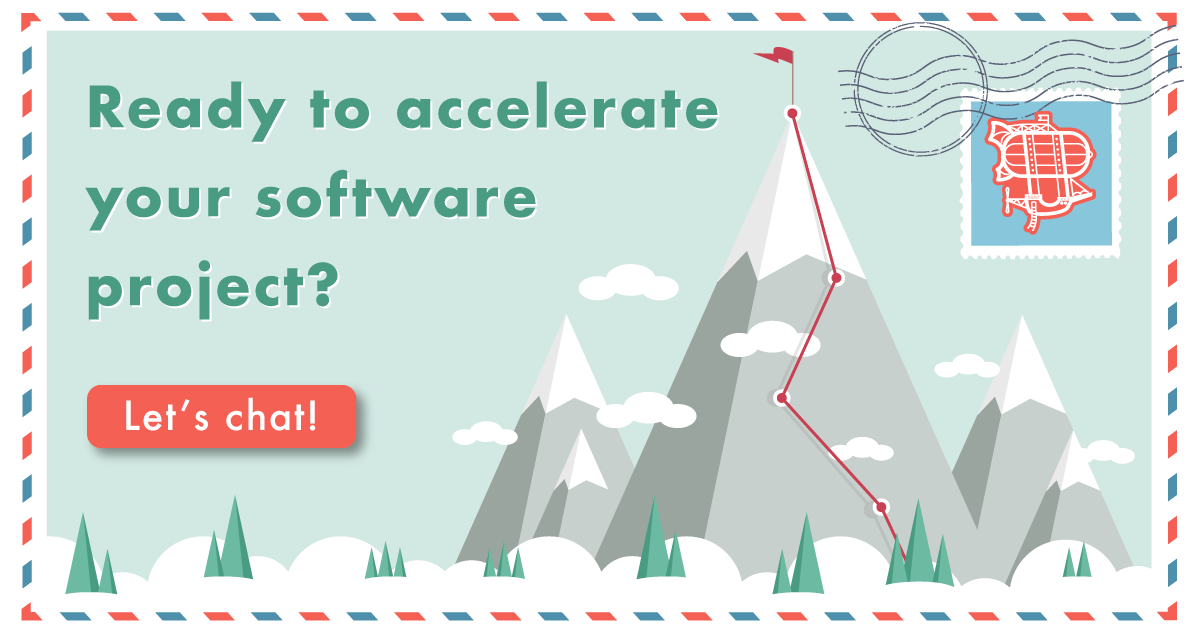 #3 Reason to Choose Ruby on Rails: The Opportunity

Because Rails has been around 15 years, there’s a plethora of companies out there whose original web developers left a long time ago to join that hot new tech startup in Silicon Valley and build a monthly pen subscription service using Elixir and a fleet of micro services.

P.S. = If you’re in need of Ruby on Rails developers, our squad can help!

Guess what? That old company still needs someone to maintain its Rails app.

Yeah, yeah, I know: maintenance. But if you’re in your early twenties, let me give you a bit of advice: ten years from now when you have a spouse and three kids, you’re going to want some stability. That company using Rails to build a back-office medical record software is likely going to stick around a while. And if that’s not your thing, I can guarantee you there’s a dozen other companies working in some domain you’re likely to find fascinating.

The beauty of a framework being around a long time is that pretty much every type of application that could be written in it has been. Given that a lot of hot shot new developers right out of college went to join that billion dollar unicorn startup selling pen subscriptions, the time is ripe for you to look to more established companies for development job opportunities. Rails has you covered there.

If all this still doesn’t convince you, there are still lots of startups who are currently writing their new apps in Ruby on Rails. At Airship, we work with those companies all the time.

#4 Reason to Choose Ruby on Rails: The Best of Old and New

Lastly, a reason you should consider Rails is that you don’t have to give up modern web development.

Sure, building simple server-side pages works a surprising majority of the time, but that’s not always adequate. Maybe you want to reach for something like React or Vue. Perhaps you want to use Webpack for asset compilation, or GraphQL for building your APIs. Well, you’re in luck!

All those things exist in Rails thanks to an awesome active development community and Rail’s Rack-based architecture that makes it easy to plug in pretty much any technology of choice. You can even use types, and recent versions of Ruby have moved the language into a functional-friendly programming paradigm.

With all this in mind, I hope you’ll consider using Ruby on Rails if it suits your needs. Sure, it’s no sports car—it’s more like a sporty Mazda CX-5: functional, reliable, but still sleek and a lot of fun. It will get you where you need to go, and you’ll have a blast getting there.

Before you search for the hottest new thing, consider Rails. You just might have the same enjoyable decade I’ve had programming with it.

And if you’re looking to build new features on an existing Rails application, hit us up at Airship. It’s what we do!

PrevPrevious5 Signs You Need Help From a Software Development Contractor
NextAirship Ranks No. 1,732 on the 2020 Inc. 5000 ListNext

Ready to get started?