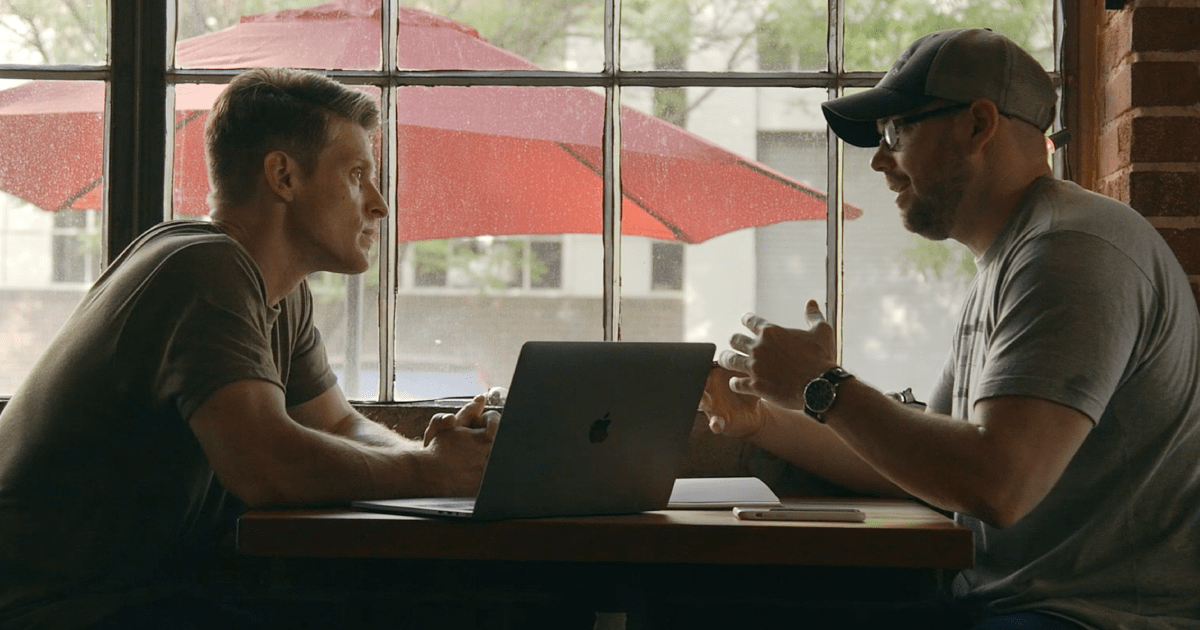 Airship exists to design and develop custom web and mobile software applications for companies of all sizes. That explains what Airship does, but it doesn’t tell a story of who we are, who our customers are, or what we’re passionate about. That’s exactly why we made this video – to let everyone know more about us and who it is you’re working with at the end of the day when you choose to work with Airship.

TRENT KOCUREK: I’ve always been a problem solver, a tinkerer, someone that liked to see how things worked. So technology was always that outlet for me.

TRENT: It was very apparent that Adam and I had the same level of passion.

TRENT: Airship exists to design and develop custom web and mobile software applications for companies of all sizes.

ADAM: We see a lot of people that have a lot of ideas, and they have a lot of opportunities that they want to see become realities. But they don’t know how to do that from a technical standpoint.

MATT POPINSKI, VP, DAXKO PAYMENT SERVICES: Years ago, Daxko made the decision to enter into the credit card processing business. And so we needed to partner with a group that could help us execute versus that initiative. And Airship was perfect for that in that. Trent and Adam both had experience in that space and then also were familiar with our business. Airship’s work with Daxko on this project really positioned Daxko to move into the future and to move to the next level, as far as what we wanted to do as a business.

ADAM: Mappings are really good service that we’ve just recently come out with. Because people were coming to us with these ideas, and they didn’t know where to start.

TRENT: We helped them think through that problem in a way that they may not have done before.

ADAM: We take a ton of notes. We ask a lot of questions. We really get to the “why” of what they’re doing. And out of that, we build design prototypes. We give them a firm estimate of what it’s going to cost.

ADAM: So after we complete a journey with someone, they generally need someone to help maintain it, to add new features, to just be their technology team.

ADAM: But it doesn’t have to be something we’ve built in the past. It could be a customer that needs us to take over something that’s growing, and they need our capacity.

FORREST WALDEN, FOUNDER & CEO, IRON TRIBE FITNESS: I’ve worked with several different developers over the course of building this business. I found out way more about the software business than I ever wanted to know. And that experience led me to know what I was looking for and to see excellence when it was delivered. And that’s what I’ve experienced with Airship.

TRENT: I love clients that have a mission, they have a reason for being. And hopefully, that’s to help people in a positive way.

MATT: These are real people. These aren’t names that you’re emailing with. We’d see Airship team members at our office, coming in. They’d sit down with us and talk through issues, and get to the point, and get business accomplished, but spend the time to create relationships.

ADAM: We’ve been doing this a long time. We have expertise across a lot of different levels. We know how to build great software. We know how to take your dream and turn it into reality, and that it can scale to the level you need it to scale to. We’re going to do it on time and on budget. We do that very consistently.

ADAM: And we do that because we hire great people, we have great training, we make sure that we’re constantly growing people and pushing them. We have learning built into our budget of time, so people are dedicated to learning every week. And that’s because we want to make sure we’re always on that cutting edge.

TRENT: Fridays, we bring everybody in, we have team lunches. That’s a great opportunity for people to collaborate, people to learn more about their personal lives and make sure that everybody still understands what’s important, what happens here at the office. But it’s just as important what’s happening there in people’s lives.

TRENT: I never want to stop what we’re doing. I think we’re in the right direction. But I’ll never say that we’ll reach it because I feel like there’s always a way that we can continue to pursue excellence, which is a big thing for us. And we’re going to continue to do that every single day.

Curious about working with Airship? Tell us about your project!